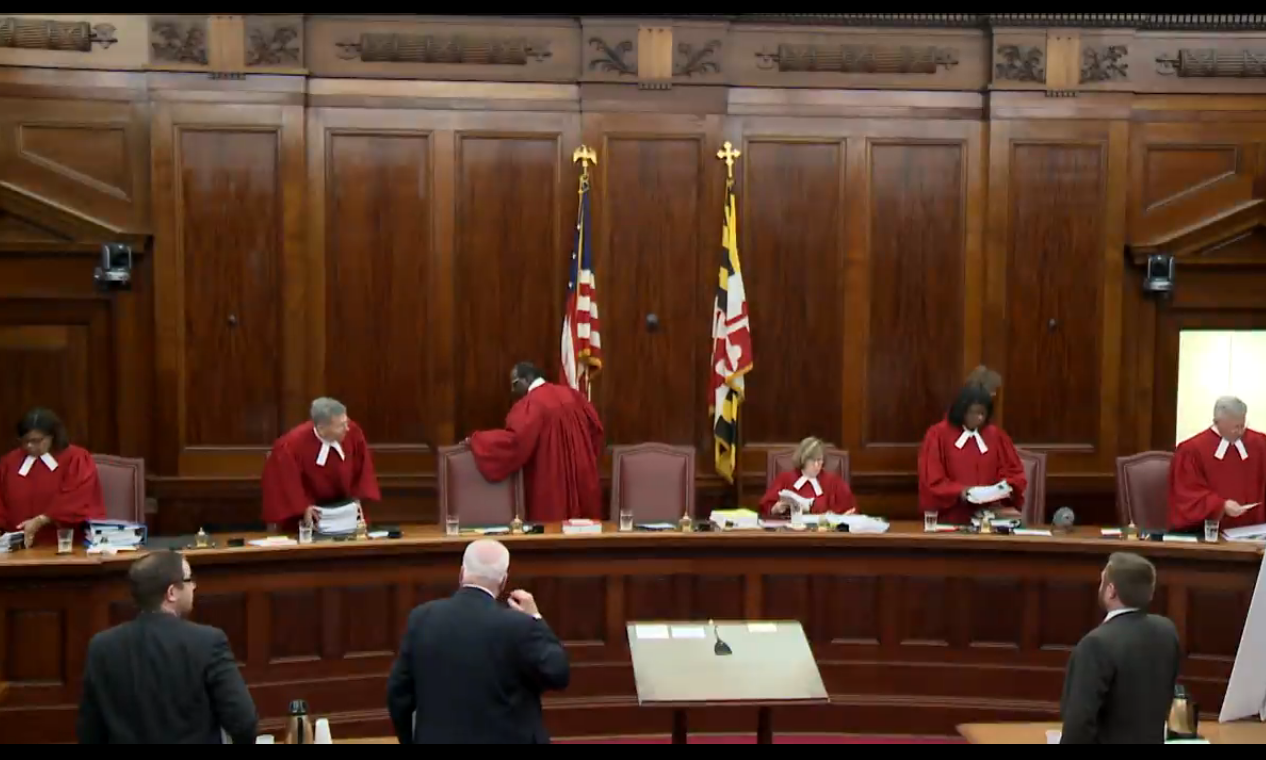 Adnan’s legal appeals, from jury verdict to latest events in the Maryland Court of Appeals

Use this page to track the progress of the legal case since the trials, and to locate legal documents or key evidence from any of Adnan Syed’s appeals. Much of the appeals evidence had not featured in the trials and includes the letters and affidavits of Asia McClain, the AT&T fax instructions , Tina Gutierrez‘s handwritten notes mentioning Asia, and a whole lot more.
20190408-Syed-COA-motion-for-reconsideration
Follow this link to go straight to the latest stage, in the Maryland Court of Appeals, where the State is hoping to restore Adnan’s (twice) overturned conviction.

We’ve set out in chronological order the different stages of appeal, both Adnan’s appeals, and now the State’s attempts to appeal against the two decisions granting Adnan a retrial. There are links to all the available related documents, you can find Opinions and Orders from both Circuit Court and the Court of Special Appeals, the back and forth of attorneys’ written arguments, many pieces of evidence submitted as exhibits, and even some hearing transcripts, such as when Kevin Urick testified that Asia had told him Adnan’s family had intimidated her into making the original alibi statement (he was listed to testify again in 2016, but somehow did not get chosen to explain himself under oath).

Evidence was often submitted along with the appeal filings, sometimes copies of documents already known or on the record, but often something brand new. Sometimes these are called Exhibits or sometimes Appendices or Attachments. Although the Judges would always have a copy of the exhibits, they were not always included with the public versions, often though we’ve been able to cross reference and link to another copy. A couple of filings (or groups of filings) included so many exhibits that we made separate web pages so we could provide details without overwhelming this page.

After the Trials and Direct Appeals

Court of Appeals – Petition to Appeal

COSA and the moves to reopen Post Conviction proceedings

There is a separate wiki page with details of all the exhibits filed alongside all four of the legal arguments submitted during this Motion to Reopen phase of the legal case.

State’s Appeals against decisions to allow a retrial

Court of Special Appeals – 2016-2017- State Application for Leave to Appeal against retrial decision and Adnan’s Cross ALA.

This section also includes events/court filings for Adnan’s Bail Application (Motion for Release Pending Appeal) and the State’s later Application for Remand. Neither application was granted but both were taking place in parallel to the other appeals processes.

2018 State Petition for Cert to COA

For the most up to date news, follow Justin Brown and Steve Klepper on Twitter and Colin Miller’s Evidence Prof blog always has very prompt analysis and explainers.

The majority of the historical documents were sourced from either the Maryland COSA website (part of mdcourts.gov) or the blog of Justin Brown (Adnan’s attorney), a few were shared anonymously online by multiple different people, others were provided by Rabia Chaudry from the Rahman/Syed’s family records.

More recent filings were mainly from Adnan’s attorney Justin Brown (mostly defense filings). Or, if the filing was for the State, or the pro-State amicus brief,  it was made public by the Baltimore Sun, mostly via Justin Fenton. Sometimes Fenton even got the State’s filings before the Courts did.

We can also thank Mallory Sofasstai of WMAR TV, and the Court of Appeals, who are publishing the papers as a “highlighted case” .

One document was published exclusively by the Court of Special Appeals, the State’s Appendix from June 2017, they did not publish the other 3 Appendices from that proceeding on their website, but it not clear why this distinction was made.

Special thanks to Steve Klepper and Erica Suter, Maryland appellate attorneys, for their patience in explaining legal niceties and giving us insight into MD appellate procedures and timings. This page also owes a debt of thanks and inspiration to theodoreadorno, and to Professor Colin Miller for his December 2014 blog.

For other unfamiliar legal terms check out the US Courts useful online glossary. The Court of Special Appeals website has this guide to the stages of the COSA process, which is written for non-lawyers.

Maryland laws can be found online via Justia.com or Westlaw or MD General Assembly.